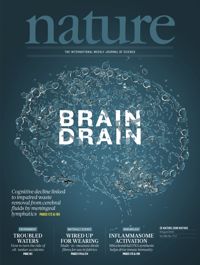 Soils harbour some of the most diverse microbiomes on Earth and are essential for both nutrient cycling and carbon storage. To understand soil functioning, it is necessary to model the global distribution patterns and functional gene repertoires of soil microorganisms, as well as the biotic and environmental associations between the diversity and structure of both bacterial and fungal soil communities1,2,3,4. Here we show, by leveraging metagenomics and metabarcoding of global topsoil samples (189 sites, 7,560 subsamples), that bacterial, but not fungal, genetic diversity is highest in temperate habitats and that microbial gene composition varies more strongly with environmental variables than with geographic distance. We demonstrate that fungi and bacteria show global niche differentiation that is associated with contrasting diversity responses to precipitation and soil pH. Furthermore, we provide evidence for strong bacterial–fungal antagonism, inferred from antibiotic-resistance genes, in topsoil and ocean habitats, indicating the substantial role of biotic interactions in shaping microbial communities. Our results suggest that both competition and environmental filtering affect the abundance, composition and encoded gene functions of bacterial and fungal communities, indicating that the relative contributions of these microorganisms to global nutrient cycling varies spatially.

【多年度土地利用，Bt抗虫棉花和天气对中国棉花害虫影响的县级分析】Wei Zhang等, Multidecadal, county-level analysis of the effects of land use, Bt cotton, and weather on cotton pests in China, PNAS, doi:10.1073/pnas.1721436115

Long-term changes in land use, climate, and agricultural technologies may affect pest severity and management. The influences of these major drivers can only be identified by analyzing long-term data. This study examines panel data on land use, adoption of genetically modified Bacillus thuringiensis (Bt) insect-resistant cotton, weather, pest severity, and insecticide use on three major cotton pests for 51 counties in China during 1991–2015. Bt cotton had pervasive effects on the whole pest complex in cotton and its management. Adoption resulted in major reductions in insecticide use for bollworm control. The resulting restoration of aphid biological control decreased aphid severity. However, mirid bugs, which have few effective natural enemies in cotton, increased in severity with warming May and reduced insecticide spraying against bollworm. The effects of landscape on pest severity were pest specific. The severity of cotton aphid and mirid bugs decreased with higher land use diversity, but the severity of highly polyphagous cotton bollworm was unrelated to land use diversity. Shares of forest, water body, and unused land area were negatively associated with the severity of mirid bugs, whereas cotton bollworm responded positively to the shares of water body and unused land area. Farmers sprayed insecticides at mild infestation levels and responded aggressively to severe bollworm outbreaks. Findings support the usefulness of Bt-based plant resistance as a component of integrated pest management (IPM) but highlight the potential for unexpected outcomes resulting from agro-ecosystem feedback loops as well as the importance of climate.

Forest soils are a sink for atmospheric methane (CH4) and play an important role in modulating the global CH4 budget. However, whether CH4 uptake by forest soils is affected by global environmental change is unknown. We measured soil to atmosphere net CH4 fluxes in temperate forests at two long-term ecological research sites in the northeastern United States from the late 1990s to the mid-2010s. We found that annual soil CH4 uptake decreased by 62% and 53% in urban and rural forests in Baltimore, Maryland and by 74% and 89% in calcium-fertilized and reference forests at Hubbard Brook, New Hampshire over this period. This decrease occurred despite marked declines in nitrogen deposition and increases in atmospheric CH4 concentration and temperature, which should lead to increases in CH4 uptake. This decrease in soil CH4 uptake appears to be driven by increases in precipitation and soil hydrological flux. Furthermore, an analysis of CH4 uptake around the globe showed that CH4 uptake in forest soils has decreased by an average of 77% from 1988 to 2015, particularly in forests located from 0 to 60 °N latitude where precipitation has been increasing. We conclude that the soil CH4 sink may be declining and overestimated in several regions across the globe. 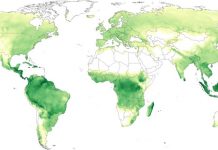 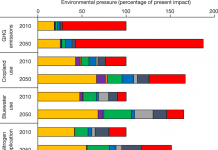 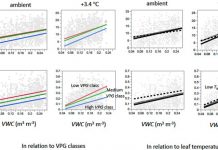